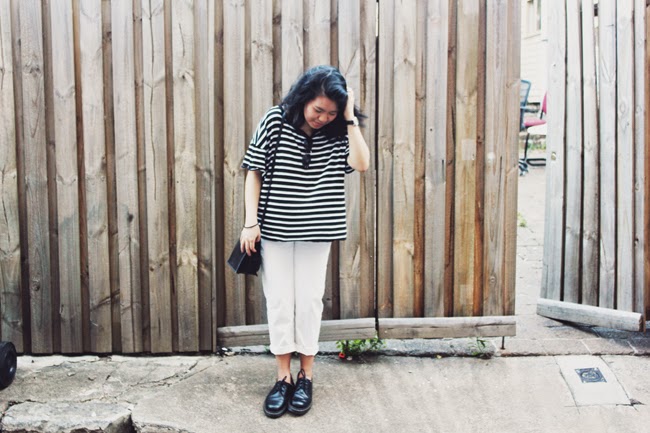 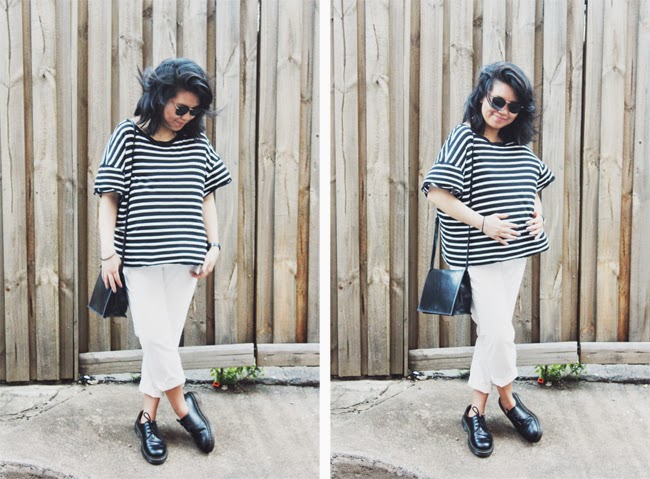 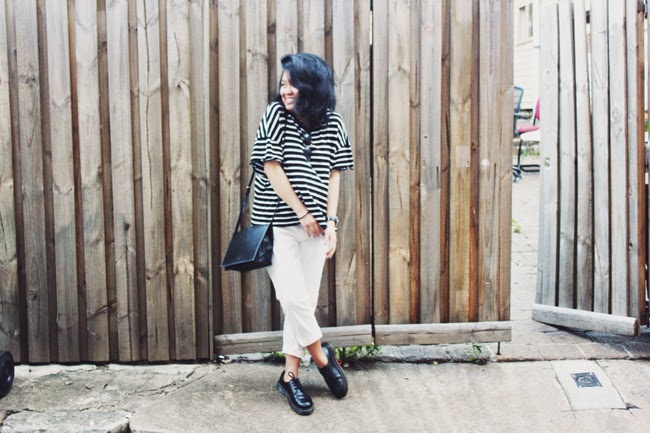 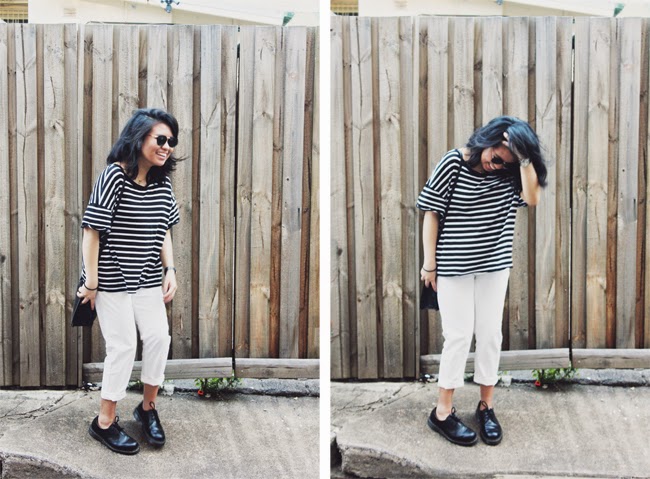 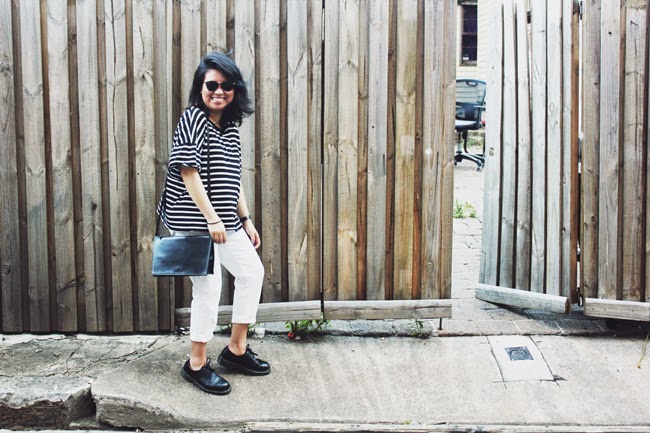 Ah, my ultimate goal of having an androgynous look. Today called for a boxy striped shirt that I wear so often that it’ll soon wear out; and my docs I wear on a daily basis – I guess I never got out of the school shoe phase!

Now white denim I've always been wary of as there have been some hit and misses in the past. I'm strictly a black denim wearer with the addition of blue when it becomes noticeable that I've been wearing the same pair all week! However, I bought these for a costume party and decided to wear them out because damn it they’re super comfy and it matched well with the shirt. 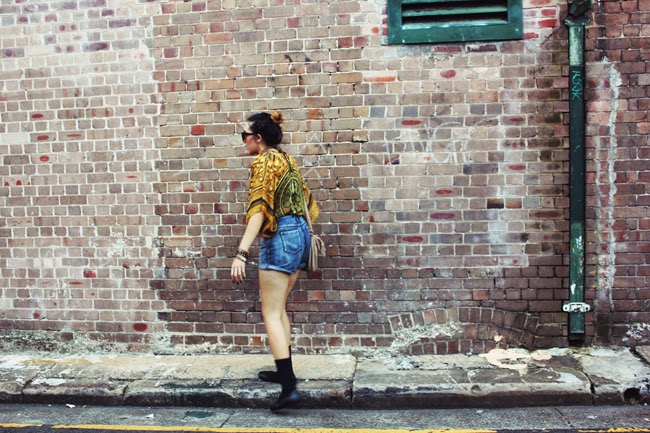 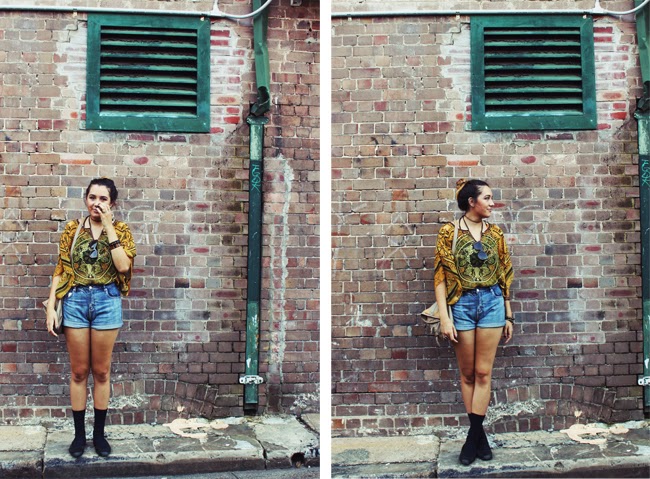 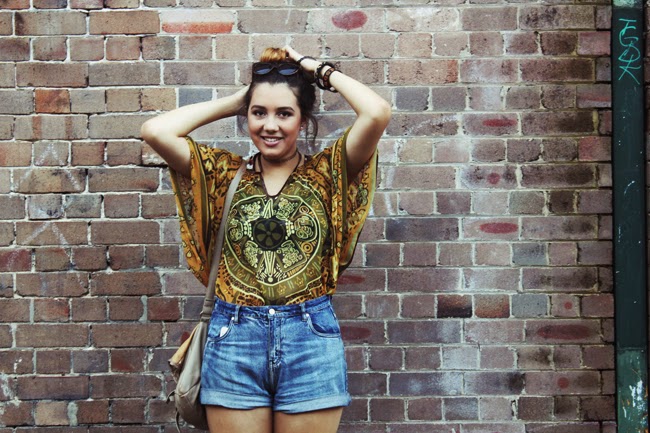 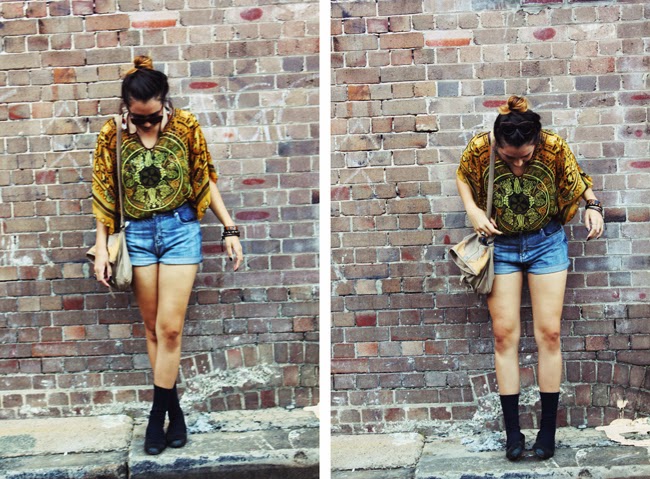 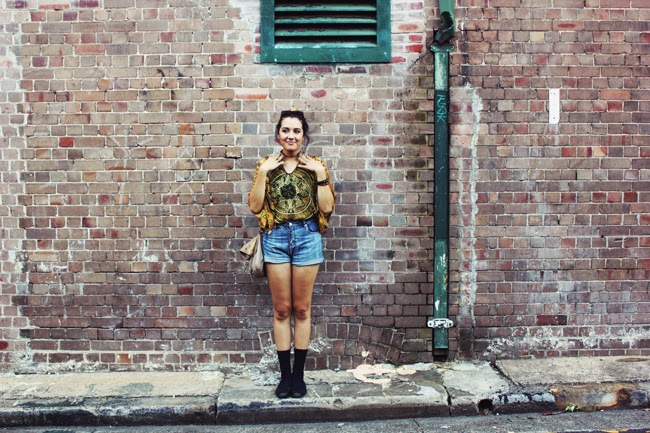 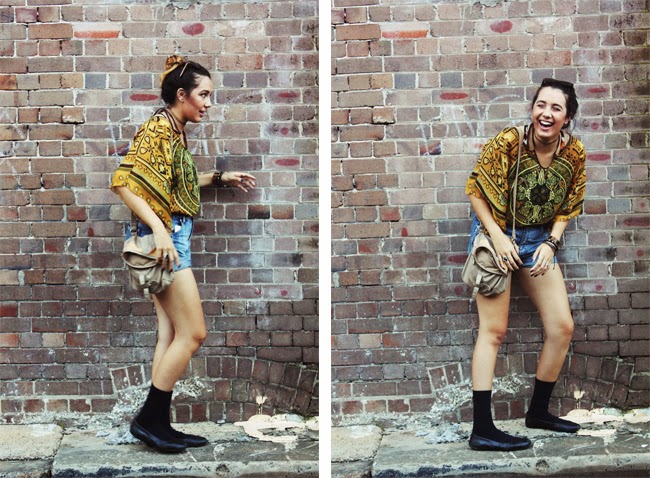 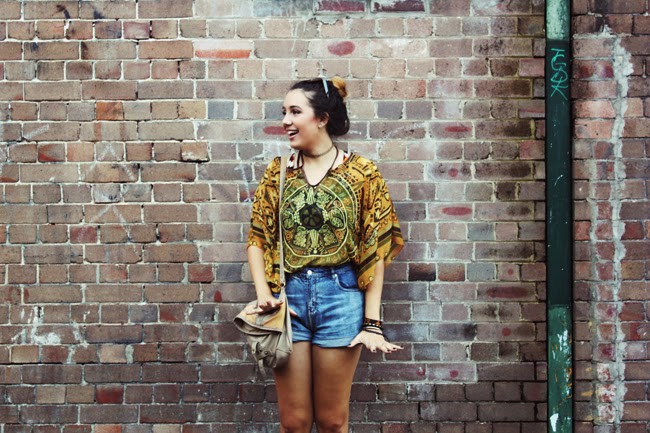 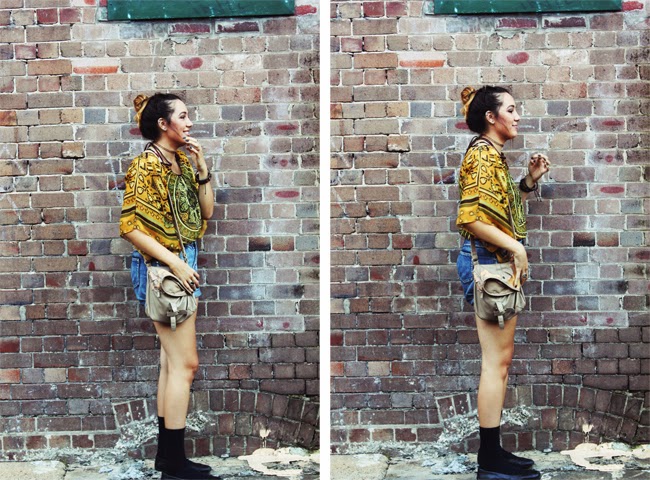 
I decided to wear a little more colour than I usually do today. I initially planned to wear this vintage kaftan untucked, but I loved the way it looked when I chucked on my denim shorts. After today, I've realised I don't wear colourful outfits often enough, so perhaps that's something I can work towards - getting out of my monochrome phase. Since it's Autumn now, I might start playing with some deep colours, like navy blues, bronze, mustard yellows, khaki greens and maroons.

These photos were taken in a super rush as Karina had a birthday celebration to attend to. We were on the streets of Surry Hills, where I would've liked to show you the marvelous cafes and overall buzz, but since we're still starting this whole blogging thing out, we needed to find somewhere secluded so we wouldn't have freakouts from people watching us.